Thanks to the devoted efforts of Member States, a specific target aimed at decreasing corruption and bribery in all their forms has been adopted as part of the Sustainable Development Goal 16 “Peace, Justice and Strong Institutions”. Consequently, the Inter-Agency and Expert Group on SDG Indicators established by the UN Statistical Commission selected two main indicators to monitor progress in the observance of this target:

Nevertheless, there has been no further methodological guidance on how to produce this kind of high quality corruption related measurements. Responding to such crucial necessity, UNODC with the support of the Center of Excellence has deployed a Task Force on Corruption Measurement comprised of experts from national and international organizations active in the field of statistical corruption metrics.

The main role of the Task Force is to provide technical advice and share its expertise to produce methodological guidelines for the production of data on corruption at a national level. The selection of its members is meant to cover several fields related to the measurement of corruption, e.g. corruption experienced by the population, in the private sector, among civil servants, attitudes and perceptions about corruption, corruption in public procurement, etc.

Ultimately, the Task Force on Corruption will consolidate existing approaches and methodologies to produce high quality and comparable data on corruption. In order to do so, it has agreed on a set of short-term goals to address the mission it has embarked upon:

1. To create an online repository of information and documents on the measurement of experience and perception of corruption hosted by UNODC.
2. To significantly contribute to a critical review of existing practices to measure corruption.
3. To advice and contribute to a Manual on the Measurement of Corruption through Sample Surveys.

Members of the Task Force on Corruption Measurement 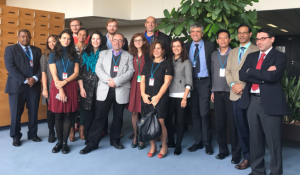